Showing posts from September, 2010
Show all

Bored to Death, It's Kind of a Funny Story 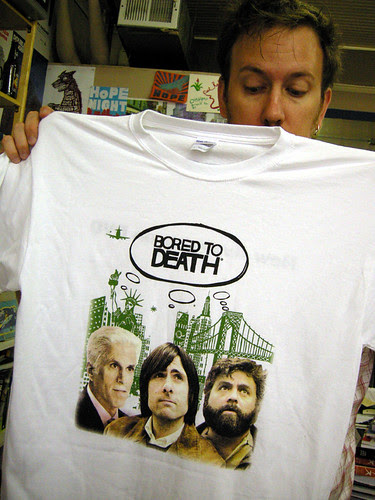 Jonathan Ames is a favorite around here, so when a show based on a short story, Bored to Death, he wrote for McSweeney's became an HBO show we were intrigued. That it also starred Zack Galifianakis (who performed for our 3rd Hampden anniversary show over at Fraziers) who's comic art on the show is by Dean Haspiel, we were further intrigued.

What we weren't prepared for was Ted Danson. It's the best thing he's ever done!

We have some Bored to Death shirts if you want one, just come by the store and pick one up.


We also have movie passes for It's Kind of a Funny Story, also based on a book, by Nick Vizzini, and also has that Zack Galifianakis involved. The movie passes are good for two, Wednesday September 29th, 7:30pm at the Charles Theater.
Post a Comment
Read more 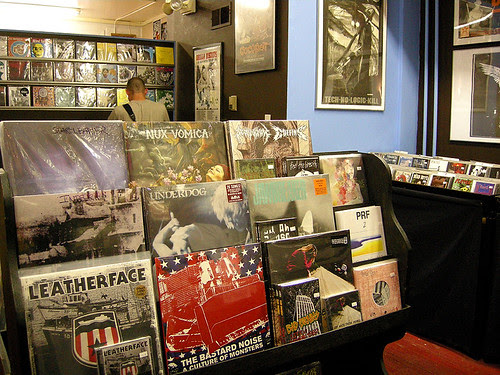 When Flavorpill did a Top 10 Bookstores in the US a few weeks ago, we were a little bummed we weren't on it (ha!), but it was a very interesting and good list.

Their America’s 10 Greatest Indie Record Stores was fascinating as well.

So when they picked America’s 10 Greatest Comic and Graphic Novel Stores we were stunned to see that we were at the top of the list! And honestly, it's the best write up we've possibly ever had. It's a little weird being on the same list as Forbidden Planet in NY, which was my shop of choice as a kid, but...IN YOUR FACE, FORBIDDEN PLANET!

Stores are something aren't they? These brick and mortar spaces filled with dreams and ideas bring back great memories for me. What would we do without bookstores, record stores and comic shops? 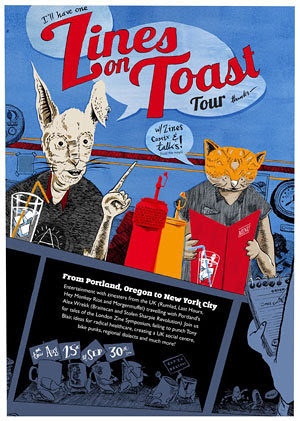 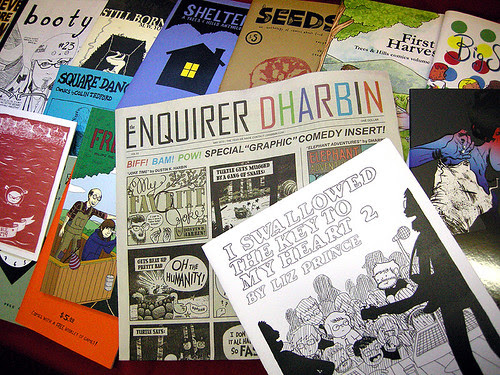 spx2010, originally uploaded by sugarfreak. Soon the site will be flooded with a slew of new comics that we picked up this past weekend at SPX. A ton of new books and graphic novels are coming out in the next few weeks as well, which were showcased at SPX.

Thanks for coming out for the pre-party! It was fun! 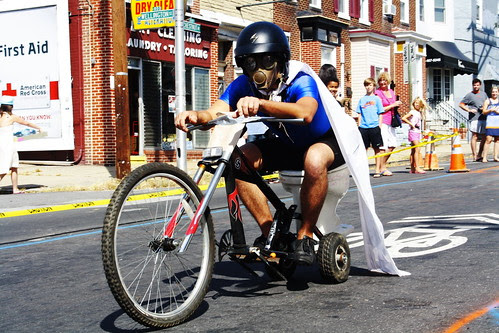 Some highlights from Hampdenfest 2010. Click on the photos for photo credits. If you took some photos of Hampdenfest you'd like to share please add them to the flickr group! More info and photos to come.


The Toilet Bowl Race was Steve Baker's (of Wholly Terra) brain child. Here's the lowdown on the races.


John Buckler, the winner of the Freestyle Beard category in the first annual Charm City Beard & Moustache Championship. Here's a rundown of the winners.


It's a busy weekend for John Waters (just had an afternoon signing at the Hopkins bookstore) but it's Hampdenfest and we're his favorite Baltimore neighborhood so he had to come by.


The hairiest members of Yeveto, waiting to play and also to compete. Who's beard will reign supreme? 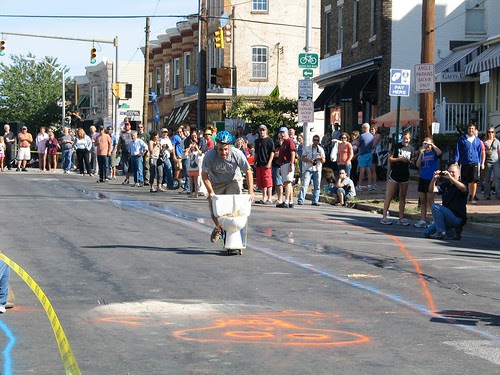 The Alley Where The Shit Eating Happened 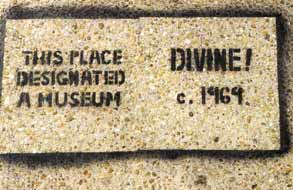 We get asked about this all the time, though not enough to make our FAQ, but here's the lowdown:

Atomic Books is now located on 3620 Falls Rd. The original location was on Read Street, and in that alley is where the infamous scene of Divine eating dog poo was shot.
Post a Comment
Read more

How To Stock A Bookstore 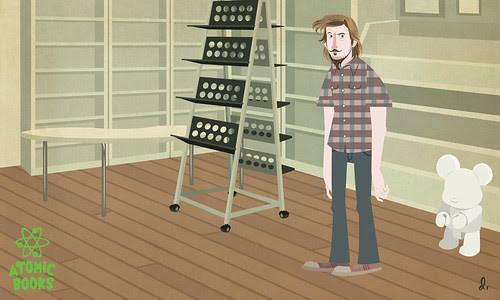 background_withoutbooks_sm, originally uploaded by sugarfreak. How would you stock our shelves?

A couple of years ago, we were in the planning stages of a reality tv show based on our store. The show never materialized but we still have these great illustrations by local comic artist Daniel Krall. The plan was to fill the shelves with real books later. Anyway, seems like a shame not to share these.

Our September Reading Club pick is A Heartbreaking Work of Staggering Genius by David Eggers.

15% off for the Club and as always we meet the last Wednesday of the month, here at Atomic Books, at 7pm!

September 04, 2010
Every year we get these awesome Hampdenfest posters made and people wonder where they come from. They're from the amazing Scott Sugiuchi and Exit 10!

September 03, 2010
Hey, our site is back - a little different and with changes still to be made, but it's ready for browsing and for ordering.