Showing posts from May, 2011
Show all

Another installment in our Atomic Fiction series, this Thursday, Michael Kimball will be at Atomic Books, reading from his latest novel, Us. Hosted by Kathy Flann. 7-9pm. 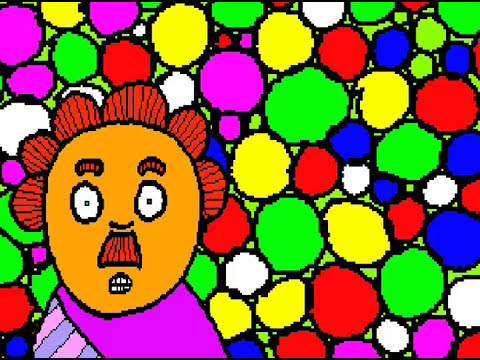 Friday night we hosted a release party for the Baltimore Time Travel Anthology - a collection of time-travel comics by Baltimore cartoonists.

These are two cartoons we showed at the party.

True Facts Of The World Part 1 by Dina Kelberman 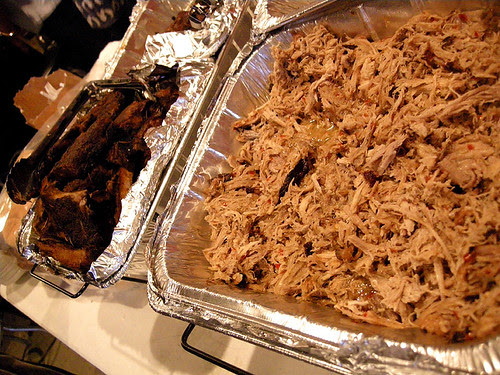 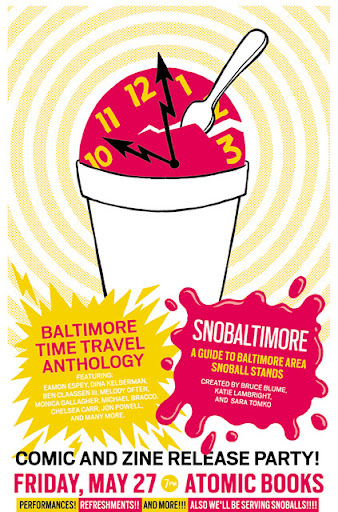 Get ready for some time traveling comic stories from the Baltimore Time Travel Anthology, this Friday, May 27th!

Baltimore comic artists will be here with presentations of their stories.

ALSO! We'll be celebrating the release of the first issue of SnoBaltimore, a guide to Baltimore area snoball stands. We'll have free snoballs all night. 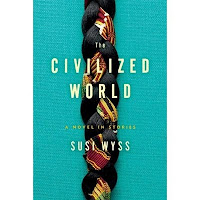 This Thursday, May 26, as part of our Atomic Fiction Series, authors Susi Wyss and Glen Retief will be reading from and signing new copies of their books.

Susi's The Civilized World follows five women in The Ivory Coast as they face meddling mothers-in-law, unfaithful partners, and the lingering aftereffects of racism, only to learn that their cultural differences are outweighed by their common bond as women. With vibrant prose, Susi Wyss explores what it means to need forgiveness—and what it means to forgive.  .

Glen's The Jack Bank is an extraordinary, literary memoir from a gay white South African, coming of age at the end of apartheid in the late 1970s. Retief's childhood was at once recognizably ordinary--and brutally unusual. Retief writes movingly of the complicated emotions and politics in this punitive all-male world, and of how he navigated them, even as he began to realize that his sexuality was different than his peers'. 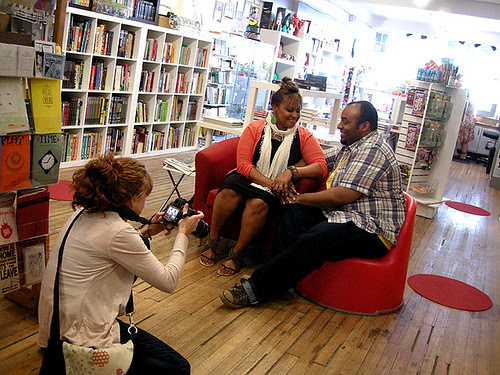 And once we had a marriage proposal happen in the store. 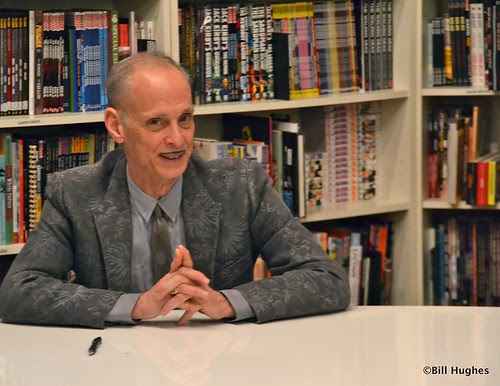 Untitled, originally uploaded by BillyClub. Thanks to everyone who came out last night and waited in the drizzle! 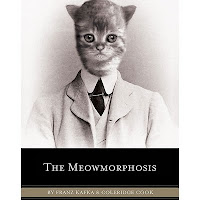 “One morning, as Gregor Samsa was waking up from anxious dreams, he discovered that he had been changed into an adorable kitten.”

Franz Kafka, thanks to writer Coleridge Cook, joins Quirk Books' series of monster lit classics where authors take a piece of classic literature and give it a modern twist. 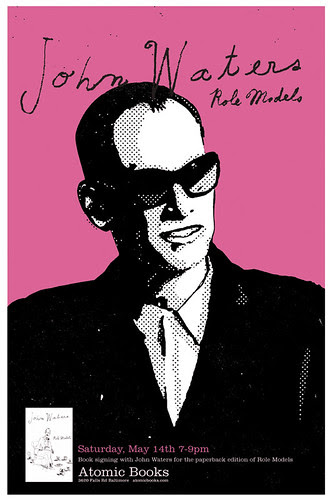 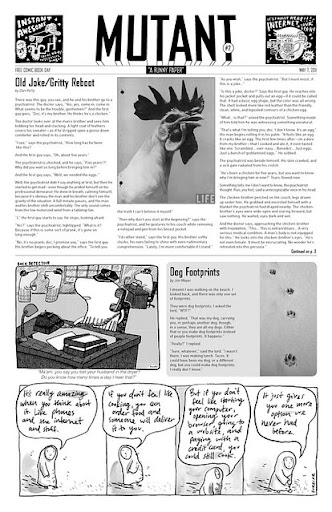 Free Comic Book Day is this Saturday, May 7th. And for the third year running we have our own free humor/comic anthology, Mutant #2.

Stop on by Atomic and get plenty of other free comics from indie publishers to superhero publishers and we'll also have 25 cent comics, all bagged and boarded back issue comics are 50% off, 20% of ALL graphic novels and 20% off ALL Art books and plenty of other books and comics on super sales!
Post a Comment
Read more

Welcome to the Monkey House by Kurt Vonnegut - May Book Pick

See you May 25th for the discussion - 7:30 at Atomic Books! Remember, new members are welcome at any time, and you get 15% off all the books for this year's Club titles.
Post a Comment
Read more


And if you're coming to town, we have a handy list on our links page for places to check out and things to do.
Post a Comment
Read more 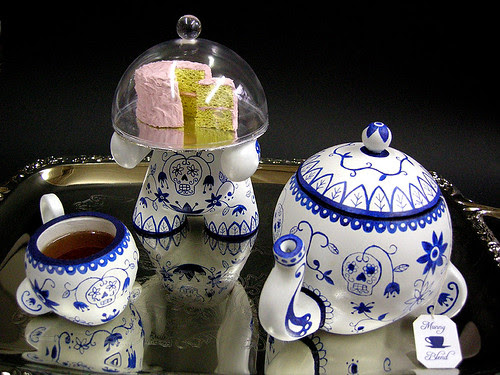 Tea & Cake, originally uploaded by sugarfreak. And the winner for People's Choice is Tea & Cake by Sarah Mires.

Congrats, Sarah, and thanks to all the artists who participated this year!
Post a Comment
Read more
More posts