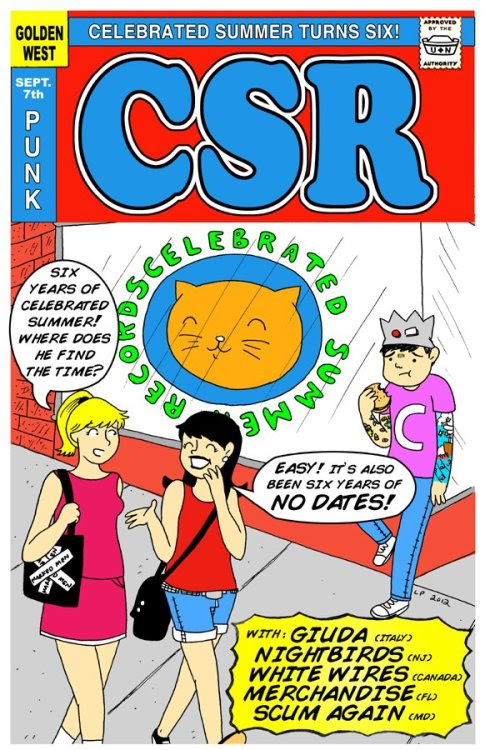 In case you've been too busy going back to school or work to hear about what's going on around these parts this weekend, we thought we'd take a moment to give you the rundown - it's something you're not going to want to miss.

Today is First Fridays in Hampden - and a number of area businesses have special events, sales, refreshments, etc.

It's also Celebrated Summer Records 6th Anniversary. The celebration starts with a massive $1 7-inch sale/happy hour. About ten boxes of singles will be marked down to one dollar! The Good, the Bad, and The Ugly are mixed through with some hidden gems as well! Also –  shirts, 5 dollar CD’s, donuts and root beer! Whatever survives the 7th will be out front for folks to dig through during Hampdenfest!

Then head over to the Golden West Cafe for the CSR 6th Anniversary Show (starts at 10:30PM, tickets are $12). The bands include Scum Again, Merchandise, White Wires, Nightbirds and Giuda.

That's right, White Wires AND Giuda on the same bill!

This also serves to unofficially kickoff Hampdenfest which takes place on Saturday, from 10AM - 7PM all along The Avenue in Hampden.

Celebrated Summer's 7-inch sale will continue, and Atomic Books will get in on the action, with a bunch of sale books, sale graphic novels, quarter comics, and more.

There are 2 other stages (curated by Wham City and Crazy Viking), a macaroni and cheese cookoff, a waiter/waitress race, toilet races, bread pudding eating contest, a midway carnival, and a lot more. And you can quench your thirst with beers by local brewers Brewers Art, Pub Dog and Union Craft Brewing.

Hampden is happening. But then, when isn't it? 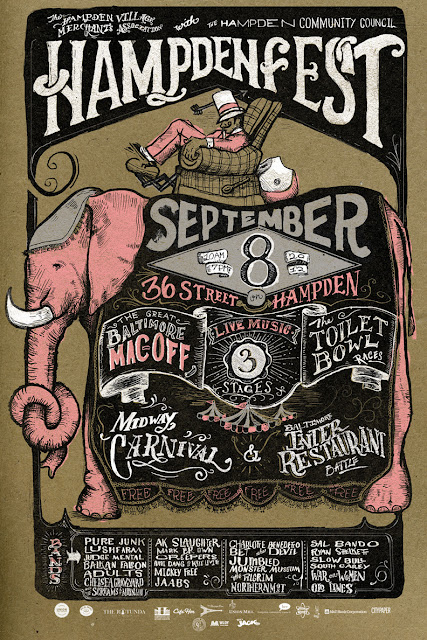